The Zen of Mannix 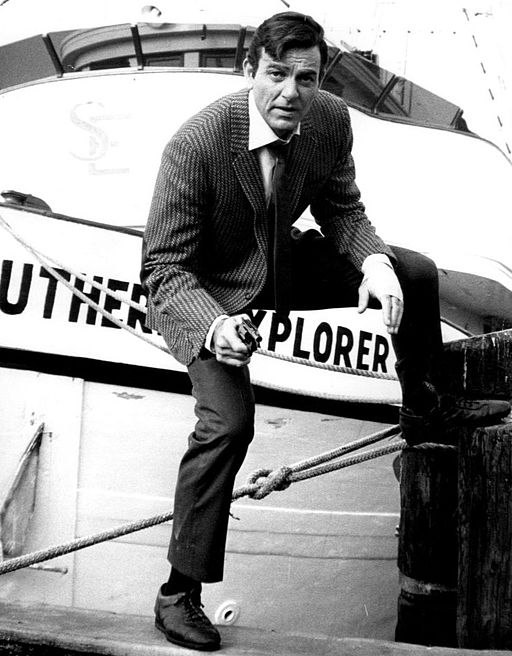 Don’t you hate it when you wake up with the theme from Mannix stuck in your head? I used to. It was awful to find myself humming it while I made breakfast. It was frustrating to find myself singing the melody out loud in the shower (although, the acoustics are really good). And it was especially maddening trying to whistle it while I was brushing my teeth.

But I learned to become much more accepting. I also found Glass Plus, in the spray bottle or the handy wipes, to be just the ticket for removing the toothpaste I blew all over the bathroom mirror.

Household hygiene notwithstanding, the beginning of my embracing the Mannix theme — of internalizing it and recognizing it as yet another manifestation of Tao — is attributable to my discovering the Zen kōan of The Stone Mind:

Hogen, a Chinese Zen teacher, lived alone in a small temple in the country. One day four traveling monks appeared and asked if they might make a fire in his yard to warm themselves. While they were building the fire, Hogen heard them arguing about subjectivity and objectivity. He joined them and said: “There is a big stone. Do you consider it to be inside or outside your mind?” One of the monks replied: “From the Buddhist viewpoint everything is an objectification of mind, so I would say that the stone is inside my mind.” “Your head must feel very heavy,” observed Hogen, “if you are carrying around a stone like that in your mind.”

The truth didn’t reveal itself immediately. There were no sudden epiphanies. After years of reflection, of studying the kōan and meditating on its meaning and its implications, I came to enlightenment. I was finally able to comprehend and be at spiritual oneness with the realization that the humming, the singing, and the whistling were merely my ways of relieving myself of the stone in my mind that was the Mannix theme.

Beyond that, I came to a peaceful understanding that I’d finally achieved a state of Universal Harmony with the Mannix theme. That, in turn, brought me into Sacred Alignment with my melodic mentor and beatific brother, Lalo Schifrin.

And with Glass Plus, even the clean-up was a cinch.