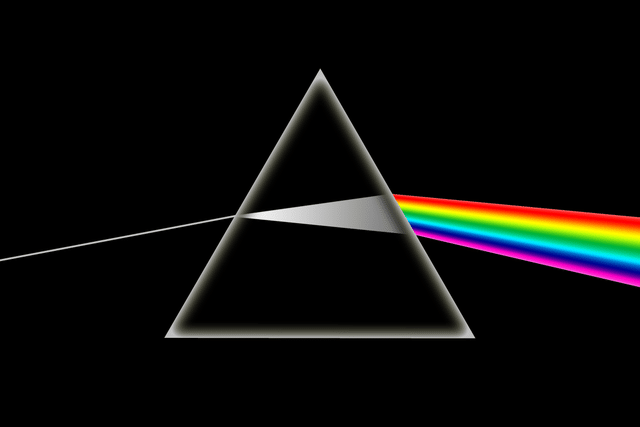 A client told me she’d gone to Madison Square Garden to see David Gilmour on the last night of his recent North American tour. Hearing that gave me gifts of reminiscence both nostalgic and whimsical.

Thinking about David Gilmour and Pink Floyd always reminds me of the year The Dark Side of the Moon came out. It was 1973. I was living in a fleabag, third-floor walk-up in Meriden, CT. A neighbor across the street had Dark Side of the Moon blasting constantly from his stereo. But I’d never seen the guy.

One day, there was a knock on my door. When I opened it, a stoner was standing there — long hair, scraggly beard, ragged clothes, no shoes.

“I live across the street.”

“Greetings. Are you the guy who’s always playing Pink Floyd?”

“What can I do for you?” I asked, slightly curious that he seemed uncertain about the music he’d been listening to.

“You don’t have to borrow it,” I replied with cheery cluelessness. “I’m happy to give it to you. Are you sure one will be enough.”

“You must not be very hungry,” I said, as I returned from the fridge, egg in hand.

While it did strike me that a lizard was likely the perfect pet for my rather reptilian new friend, we didn’t become close. But he gave me another fond memory by which to think of Pink Floyd and David Gilmour.

Speaking of fond memories, one of my prized possessions is Pulse. Shot in 1994 and re-released on DVD in 2006, I watch it with mixed emotions every time. On one hand, I never fail to be blown away at the magnificence and majesty of the music. On the other, I never fail to be melancholy at the realization that all those people will never appear on one stage again. Overall, though, I’m grateful for the recorded history and the joy it never fails to provide.

One last thought: If The Delicate Sound of Thunder is never restored for DVD, I at least hope to see “On the Turning Away” in HD one day.

—
Image by Vilisvir, via Wikimedia Commons.