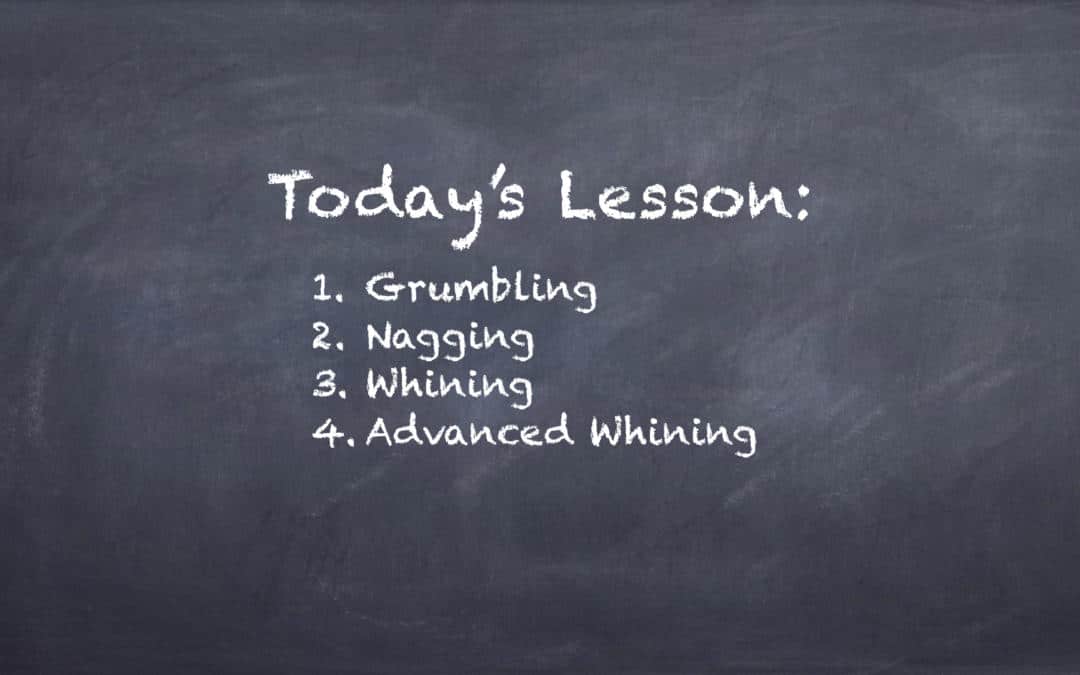 It may have escaped your notice, as it did mine, that May 25 was (is) National Wine Day. Just what we need.

Learning of National Wine Day made me realize we’ve reached the point in our cultural history at which we should seriously consider adding another commemorative day to the calendar. I humbly propose, therefore, that we add National Whine Day and make it the second Tuesday of the second week of every month in which there’s a Friday the 13th. Since we missed January 13th this year, our next opportunity arrives in October. If we don’t waste a lot of time whining, we should have time to get ready.

Rather than marking the day by grousing about all we don’t have or can’t get (although, we’ll surely do that anyway), I suggest we use the day to learn more about the fine art of whining and its various techniques. While there are as many shades of whining as there are shades of personality, most forms of whining can be safely codified in one of four categories:

If adding another commemorative day to the calendar becomes a significant source of indignation for enough of the population that it becomes a statistically significant sampling, we can just declare whining a macroagression, seal it up in some hazmat vault, and be rid of it forever.

That’s fine with me. I’m tired of toeing the whine.