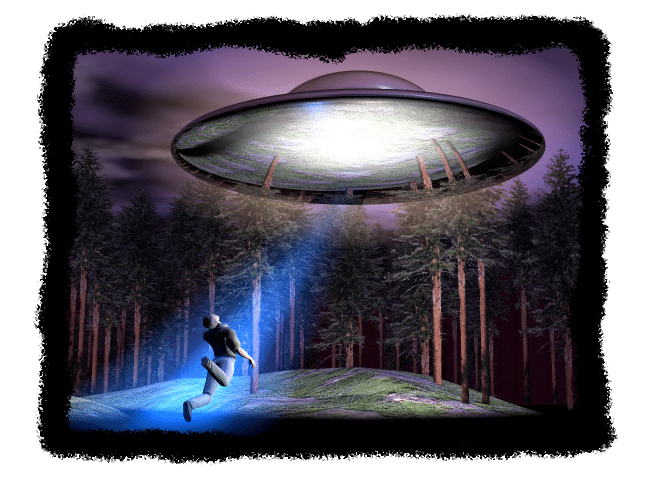 I don’t mean to appear skeptical or disrespectful. And I certainly don’t mean to cast aspersions or to judge (God forbid). But I do have some questions about the claims of alien abductees to have had rectal probes.

My curiosity is, of course, purely scientific; that is, I certainly harbor no personal incredulity for the veracity of the contentions so averred. Nor do I ascribe or imply any degrees of delusion or cognitive disequilibrium to the averring contenders. I guess it’s just that I don’t imagine extraterrestrials — beings of such purportedly superior intelligence and technological advancement — to be quite so … well … scatological.

I know some of us are reputed to have our brains in our keisters. But presuming we’re not talking about that particular portion of the population, what’s this ostensible, otherworldly fascination with assholes? (Am I allowed to write assholes here?) Are we supposed to presume, or accept the notion, that we’ve somehow managed to attract a spate of proctologists from other planets? Why? There have to be a few other assholes somewhere in the universe, no?

What are the chances that they’ve all been assembled on Earth utterly at random? I’d wager those odds to be slim to none. And if it’s not random, why would God have put them all here? Is it something we’ve done? Something we haven’t done? I’m sorry if this connotes anything unpleasantly related to the topic at hand or related bodily functions, but this doesn’t pass the smell test.

I’m just not buying this baloney. And I’m not troubled by the fact that, during my recent colonoscopy, the doc said he found a probative device made from materials that can only be from Pluto.

It’s just as possible as anything else it was from Goofy or Mickey.