The First Day of Spring: Weather or Not 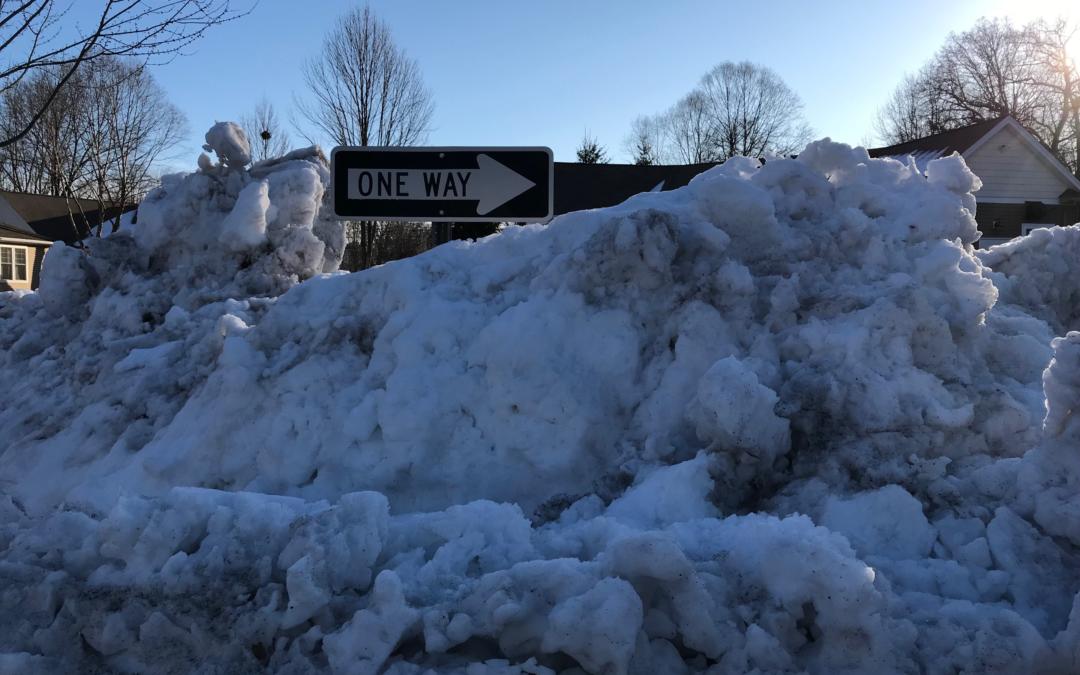 Today is the first day of Spring. But in case you’ve been away from The Weather Channel for a while, global warming has made it a rough year so far in New England. And we may get another six to twelve inches of heat wave dumped on us in the next 24 hours.

Here in central Connecticut, for example, global warming has caused glaciers and ice floes to form in the Connecticut River. The ice traffic on the river has, in fact, gotten so dense that the State Departments of Energy & Environmental Protection (DEEP), Transportation (DOT), Public Works (DPW), and Climate Hysteria (DCH) have had to collaborate in the erection of traffic signs on the River to keep the buoyant bergs flowing smoothly.

In the southeastern part of the state, global warming caused ice jams on the River that threatened bridges, docks, picnic areas, amateur videographers, and the motoring public as drivers took to the roads in droves to get firsthand looks at the havoc being wrought by the earth’s rising temperatures. As one ice-gawker put it, “If it’s this bad now, we can’t imagine what it’ll be like when summer comes.”

When the subject of global warming comes up, one’s thoughts turn immediately, of course, to Al Gore, whose studies in government, divinity, journalism, and law — and his political career in the U.S. House of Representatives, the U.S. Senate, the Vice Presidency, and as a Presidential candidate — prepared him eminently for his latter-day vocations as a climate scientist and film maker. We caught up with The Man at his modest, energy-efficient home in Nashville (as opposed to his other modest, energy-efficient home in Montecito, California). Since his last film didn’t incite the same levels of hysteria as his first, we approached the conversation gingerly:

Us: Good afternoon, Mr. Gore. Thank you for seeing us.

Al: You’re quite welcome. It’s always a pleasure to welcome guests to my humble abode.

Us: If you don’t mind our saying so, Sir, you’re looking rather fit and trim these days.

Al: Well, thank you. After winning a Nobel Prize, an Oscar, and a Grammy Award, I put on a few pounds celebrating my  … uh … success. I think it was sort of a natural reaction to what I’d achieved.

Al: Then it occurred to me that I could combine my personal health concerns with my global climate concerns.

Al: I created the FARE Diet.

Al: Yup. Flatulence and repetitive eructation. I figured I could lose weight while curbing my greenhouse-gas emissions by cutting out things like beans, cabbage, cheese … you know.

Us: Yes. We’d actually heard that, during your marriage, Tipper had to use ear plugs and a gas mask …

Al: So. How’s the weather up by you. You’re in New Hampshire, aren’t you?

Al: Right. You got some kind of river up there, don’t you?

Al: I heard you. How’s that river doing anyway?

Al: Yeah … well … if you’d seen my movies, you’d know that whole place up there should have been the New England Ocean by now.

Us: Right. Any idea why none of that happened?

Al: Dang! Will you look at that? It’s time for my rice and Phazyme sandwich on a gluten-free croissant. Don’t hit the diesel generator on the way out.

Al: For the central air. Haven’t you heard of global warming?

As we were leaving, we noticed the attendant in the guardhouse at the entrance to Big Al’s estate was wearing a down parka, a scarf, a wool watch cap, and gloves. He’d run an auxiliary line from the diesel generator to the space heater under his desk. And he’d put his dentures on his desk to keep them from shattering as his jaw chattered.

Word to the wise: First day of Spring or not, if you visit with Big Al, global warming isn’t the only thing that’ll leave you cold.