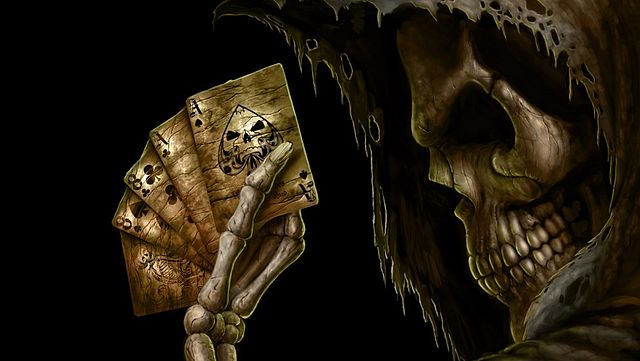 In the two weeks since this post was published — “It’s the End of the Line for the Ad-Supported Web” — the crying has been conspicuous by its absence.

Who could have been surprised, let alone despondent? We, in fact, did this to ourselves. That’s right. We exhausted the potential of a medium — beat it, wrung it out, and left it dangling lifeless on a once-bountiful vine — even as we were exhausting the time, patience, and attentions spans of a few billion constituents. That’s not a bad day’s work … unless you intended none of the consequences:

Banner ads don’t really work, but there’s a tiny, tiny percentage of people who click on them, and some small fraction of those people will go on to buy something, so it becomes a numbers game: Throw up enough banner ads, and you’ll generate a return on your investment.

Once we fell in love with the digits and technology — and once we realized thereafter that all we had to do was make hypothetically conceptual personae our digital targets — we were relying on a level of abstraction that could never sustain itself. We didn’t care. We were off to the medium-killing races, blithely and complacently pinning our hopes on numbers games that yield equations like this, in which X is some volume of digits, Y is some volume of personae, and Z is some volume of conversions:

The problem is that some never got defined. We didn’t care about that, either. So, we just kept firing digits at personae with crossed fingers. Worse, we turned entire businesses inside out to serve the tools that should have been serving the businesses. And what did all that lead us to settle for? This:

Advertisers use retargeting and data-collecting ads because they provably increase the efficiency and accuracy of their ad spend. Those ads really do get people to buy more underwear, and if the price for that increased revenue is putting photos of tightie whities into a bunch of people’s browsers, so be it.

I’m not in any hurry to dispense any free consultative advice, let alone be presumptuous enough to quote myself. But if web advertising has been relegated to selling underwear, you might consider a medium with a pulse in which to advertise your six- and seven-figure products and services.

If whatever you’re selling requires a big-ticket, high-risk transaction, you’ll never attract attention without first establishing the brand. You’ll never generate leads without attracting attention. And you’ll never convert leads to sales without the trust only an established, authoritative brand can ensure.

Brand is not dead. Not by a long shot. RIP web advertising.

Image by Travancore, via Wikimedia Commons.