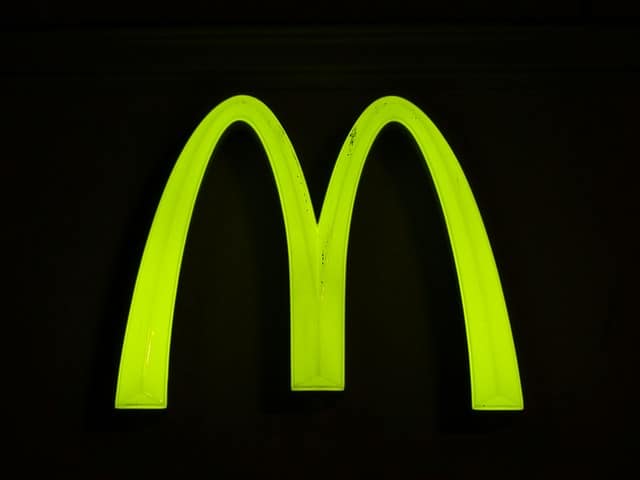 In a recent post, I posited the notion that disruption is the new change. As if on cue, two articles appeared in my sundry feeds almost immediately thereafter: “Big Food’s Big Problem: Consumers Don’t Trust Brands” and “The McDonald’s Brand: Contrived and Confused“. Each of them presents a glancing take on branding. Both of them miss deeper implications.

That thrashing sound you hear would be Ray Kroc doing the Fitful Fandango in his formerly restful grave. The poor guy never imagined a time would come in which pop culture, pop science, politics, and a reckless lack of strategic thinking would pervert the entire food industry and one of the fast-food industry’s iconic brands. But those articles reflect perversion on a grand scale.

By failing to account for change, the former article perverts the proverbial Big Picture: The booming, post-war economy required the efficient production and distribution of more food to more people in more places. Processed and GMO foods enabled supply to meet demand. The present, relatively stagnant economy — combined with the immediacy of electronic media — has created opportunities for knee-jerk hysteria to proliferate. (See Warming, Global; Change, Climate; and Monsanto, Kill All The Bastards At as just three examples.)

At least the article is forthright enough to present the results of that proliferation:

“We’ve never seen the consumer as confused as they are today,” PepsiCo CEO Indra Nooyi said on a recent earnings call … Real sugar — once a health enemy — is now perceived as good for you, she noted, while people are “willing to go to organic, non-GMO products even if it has high salt, high sugar, high fat.”

By failing to construct a sound argument on valid premises, the latter article perverts its purpose, dancing from here to there and back again, rather than limiting itself to the only point that mattered:

When [McDonald’s competes] for changing consumer demands that advocate health, their prices go up, which turns away their traditional customer base (the consumers that go there because of lower prices).

That point is the only material one in the piece because your traditional customer base defines and sustains your brand. By abandoning that strategic concept, McDonald’s put itself in tactical no-man’s land. End of story. Case closed.

While mental and linguistic gymnastics probably constitute great exercise, we don’t need to engage in them to understand three simple truths:

By attempting to follow the capricious winds of change — largely produced by panicked, misled, and confused consumers — Big Food and McDonald’s disrupted their brands.

All of the attendant choreography, pontificating, and speculation is just a Kroc.

—
Image by Hans, courtesy of pixabay.com.