When Everybody’s Out to Get You … 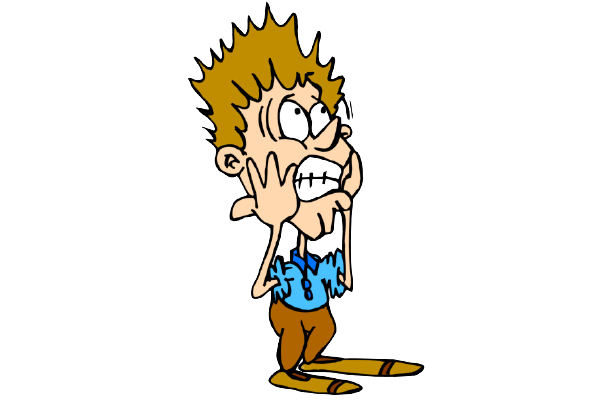 In celebration of Back to School Week, Harvard Business Review (HBR) published another article for children. This one particularly targets children who work from home, who experience periodic feelings that the world may not exist to make them happy, who have rather tenuous relationships with the reality to which they were never properly introduced, and who’ve never seen the word, gratification, when it wasn’t preceded by the word, instant.

The article is called, “Managing Your WFH Paranoia“, and it offers some seriously profound advice:

In your mind’s eye, put stressful situations from your day into an imaginary backpack that you shrug off and leave in the corner of your home office overnight. Alternatively, if you prefer to make this exercise concrete, draw a rectangle on paper and scribble down your concerns. Tear up the paper and throw it away, symbolically disconnecting from the day as you do.

If the kids weren’t working from home, they could leave their backpacks in the coatroom. That’s where we had to leave our backpacks and our lunchboxes when I was in school. And you can tell things in schools have gotten lax because if we scribbled, we’d have gotten bad grades in penmanship. As for symbolism, the only symbol we ever saw in elemetary school was the flag. We saw the flag every day because we pledged allegiance to it (and to the Republic for which it stood). And we pledged allegiance to it because the States were actually United back then.

The HBR article contains, of course, the predictable itemized list of paranoia-busting tips and hacks, guaranteed to have you chipper and well-behaved even before snacktime or naptime. I’ll leave it to you to read the list. I already read it, and my stomach’s finally starting to settle. What I am willing to do, however, is to present a supplemental list in the hope that the average age of HBR’s target audience members might climb a bit above five or six. Here we go:

Good luck in the new school year. And remember the words of Dr. Johnny Fever, “When everybody’s out to get you, paranoid is just good thinking.”