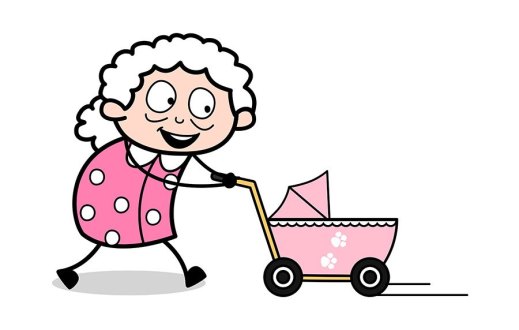 While reading the news feed on my iPhone in the gym the other night, even as I cranked my heart rate up to 340 on a Matrix elliptical machine, I came across a headline that damn-near blew me off the machine:

The piece was, in actuality, a bunch of click-baiting hooey, for reasons not the least of which is the fact that the woman may only be 73, not 74, as was blasted in the headline. When asked to verify his wife’s age, the woman’s 82-year-old husband mumbled something unintelligible through his oxygen mask and appeared to be rolling his eyes. Then he keeled over.

Oddly enough, the story neglected to mention what I’d have taken to be some very significant milestones in the newborn children’s lives. Those include but will likely not be limited to these:

Be Careful What You Don’t Wish For

On a relative scale, this story makes you realize the degree to which some of us just aren’t as hopeful or imaginative as others. I, for one, couldn’t conceive (no pun intended) of having more children in my mid-80s. And even if I could, I don’t know if I’d be hopeful enough to imagine I’d live to see them eat their first solid food, let alone start college.

Each of the boys is now married. Each of them has two children, one boy and one girl apiece. That makes me a grandfather, of course. But I’m still not great yet.