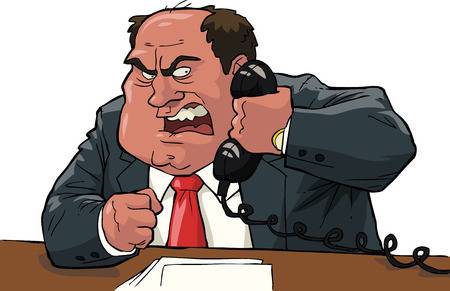 That’s actually great advice, presuming you’re anywhere between infancy and your freshman year in college. If you haven’t gotten 1-4 down by the time you’re a college sophomore, your prospects for an emotionally and psychologically fulfilling life are somewhere on the Emotional Maturity Curve between Bleak and Fuggedaboudit.

Once you’ve successfully negotiated your freshman year — presuming you haven’t attended a liberal college, haven’t had helicopter parents, and/or never received a trophy just for showing up for something — there are two other things you can do to avoid triggers in the workplace and to prevent the myriad traumas they’re likely to yield:

If those two things don’t work, you can always try getting over yourself. That can be a singularly difficult undertaking, particularly for those who suffer chronically from COTUS (Center of the Universe Syndrome). But because getting over yourself precludes you from perceiving yourself as the victim of bad bosses and triggers, the rewards are well worth the effort.

The world and the workplace are less intimidating if you don’t give away your power.