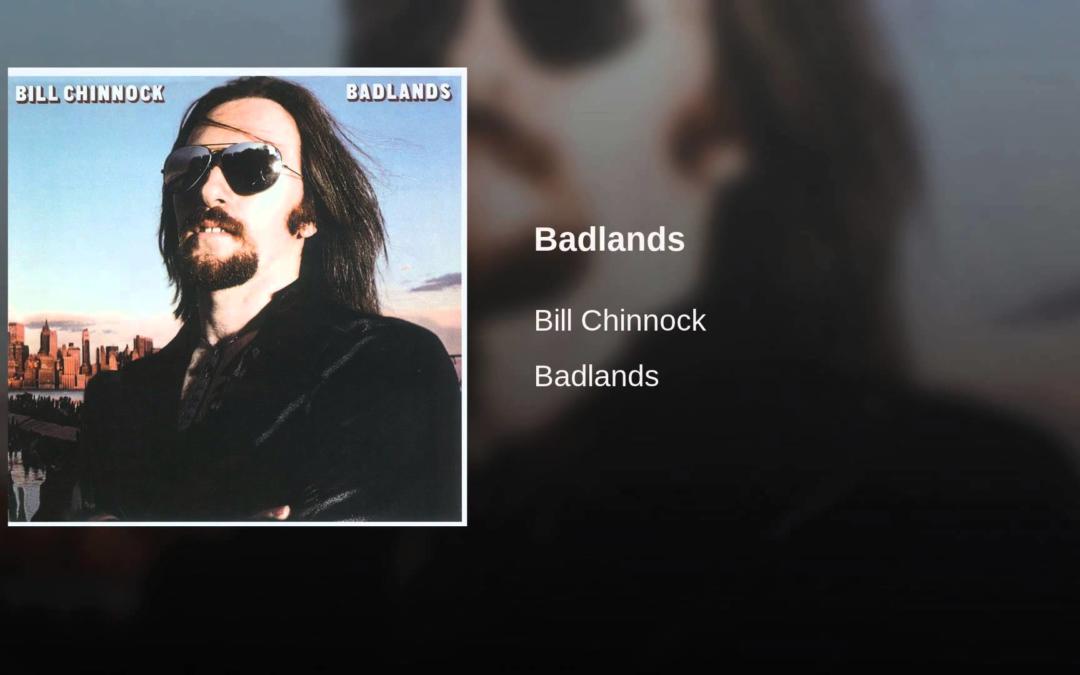 Wednesday of this week will mark the passing of a man, 11 years ago, about and from whom you likely know and have heard little.

His name was Bill Chinnock. A product of the music scenes of Asbury Park, New Jersey; Nashville, Tennessee; and Portland, Maine, Bill took his own life on March 7th, 2007, after a long, excruciating siege of Lyme Disease and ten days after losing his mother. He was 59 years old.

I met Bill in 1977, at the Silver Bullet in Moodus, Connecticut, a club in which my band played every Thursday night. He played the Bullet several Friday and Saturday nights before moving up to more prominent Connecticut venues like New Haven’s Toad’s Place. In fact, I was with Bill at the Silver Bullet on his 30th birthday. We always had wonderful conversations about the business and about Bill’s growth as a performer and musician. During one of our visits, I mentioned how much his guitar playing had improved. He said he’d honed his songwriting to a point at which he was happy with it. So, he’d turned his attention to his chops.

Bill met legendary producer and talent scout, John Hammond, in 1974. Hammond suggested he work on his songwriting. So, Bill left the Jersey shore and moved to Maine, refining his craft while continuing to perform and record. In 1978, he was signed by Atlantic Records, recording and releasing the album, Badlands, the cover of which is depicted above. (Ironically, Bill’s album was released just ahead of Bruce Springsteen’s Darkness on the Edge of Town, which otherwise would have been called Badlands.)

Bill recorded a second album for Atlantic, Dime Store Heroes. But the label dropped him before it was released, succumbing, no doubt, to the entertainment industry’s unwillingness to promote anyone and anything it can’t tidily and comfortably pigeonhole. (See Gatton, Danny.) He took the tapes and released the album on his own North Country Records label.

In the ’80s, Bill moved to Nashville, still searching for the recognition that eluded him. He recorded two albums there: 1985’s independent release, Rock & Roll Cowboy, and the 1987 CBS Records release, Learning To Survive In The Modern Age, which featured the single, “Somewhere In The Night.” Bill won an Emmy for “Somewhere In The Night” when it was used in a daytime soap opera. He later recorded a chart-topping duet with Roberta Flack, “Hold on to Love“, which was used as the theme for another soap, The Guiding Light.

In his live performances, Bill Chinnock owned the stage, prowling it with the grace and authority of a cat, fully in command of his band, every member of which was attentive to his every move and cue. And he owned every member of every audience with his easy charm and his his charismatic energy. When he played the Silver Bullet, I’d be there Friday and Saturday nights. When he played Toad’s Place, I was in the front row. The wonder of his presence never diminished.

Aside from the fact that I’ve seen very few people command a stage or an audience the way Bill did (B.B. King is the only one who comes to mind), his was (in my humble estimation) THE definitive reading of the Hoagy Carmichael classic “Georgia On My Mind” (with apologies to Brother Ray). And anyone who never heard “Something for Everybody” in live performance (with the inimitable Sam Hall on tenor sax) missed a thing of beauty and wonder.

I still have Badlands on vinyl. And I recently ordered Dime Store Heroes and Out on the Borderline (a 1992 release) on CD. I suspect we’ll never see Badlands on CD because Atlantic Records won’t view it as viable. Such is the extent of the industry’s short sight. We can only hope the Music Gods may someday draw the attention to Bill’s music it’s always deserved.

Bill’s spirit and his music will never leave us. But I’ll leave this post with “Queen of the Lower East Side” from Dime Store Heroes. And I’ll leave the last words here to Bill:

Dreams die hard for the bold and the wild.