Rules Are For Chumps 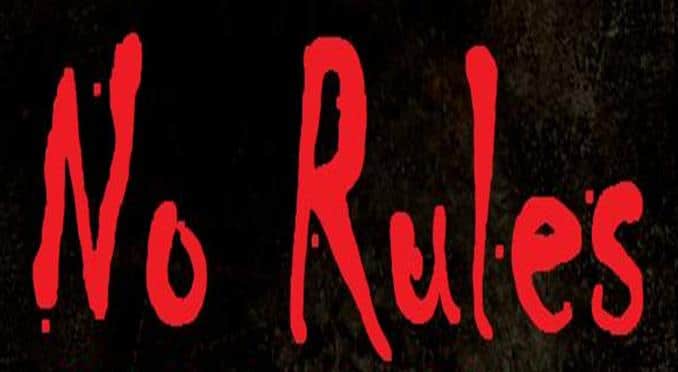 Good news! We now have even more reasons to justify our conducting ourselves like idiots — linguistically lazy idiots at that — and to rationalize our utter disrespect for language and its precepts.

That’s right. The editors at Inc., apparently tired of doing their jobs, have seen fit to publish a piece of prosaic poppycock called, “17 Grammar Mistakes You Really Need to Stop Correcting, Like Now“. So, in addition to discipline, respect for language, and a determination to express ourselves clearly, we’ve now lost (or forsaken) another erstwhile aspect of our humanity: embarrassment.

We could have seen this coming. Now that we’ve given ourselves permission to consider, coin, and co-opt nebulous terminology willy-nilly, it had to be a short hop to eliminating standardized rules for grammar and syntax. Now that we’ve tossed cultural unity to the dogs, why shouldn’t we allow the extension of special interests and self-interest to the appropriation and usage of language? And if we’ve seen fit to defenestrate most other rules of order by which we characterize ourselves as civilized, why shouldn’t we concede written expression to willful ignorance?

It’s a good thing we don’t care. Otherwise, Inc.’s publishing an article like this would have had the potential to trouble us deeply. But we don’t. So, it doesn’t.

Speaking of short hops — and at the risk of being perceived as alarmist (to say nothing of reactionary) — we seem to be approaching a point at which what appears to be an epidemic free-for-all might be fairly characterized as anarchy:

anarchy (noun)
1. a state of society without government or law
2. political and social disorder due to the absence of control
3. lack of obedience to an authority
4. confusion and disorder

When we get to the point at which we’re making up the rules as we go along — when we’re depending on self-interest to serve our ends in any given moment, regardless of what we think we want — we’ll be able to add Lord of the Flies to the innumerable signals, signs, and symptoms we’re ignoring in literature alone. (1984, anyone?) Once we’ve gotten there, we’ll deserve everything we get, kids. And whatever we get won’t be pretty.

But what the hell? It’s only grammar.

Never give a sucker an even break or smarten up a chump. (W.C. Fields)

Rules are for chumps. Since we’re volunteering to be chumps, we’re abdicating our right to even breaks.