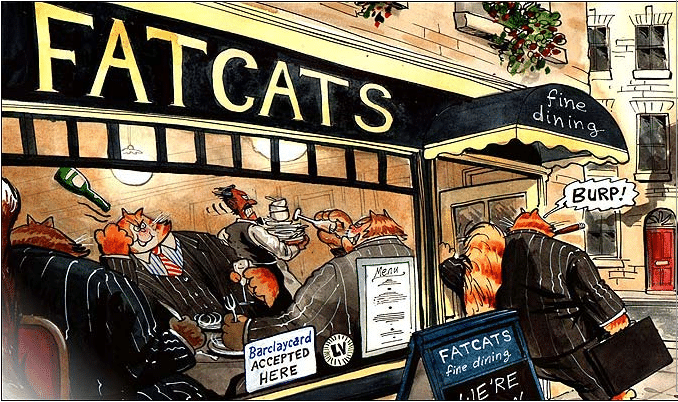 A few months ago, my colleague and LinkedIn connection, Nick Sternberg, posted this:

Genuinely afraid for the masses of workers who won’t be able to find work in the next few years due to contracting economic conditions and more efficient and automated workforces. But in a strange twist I’m maybe even more worried about the executive and senior-level folks who’ve been long-accustomed to a lavish lifestyle, suddenly finding there’s literally no place for them to go. It’s not that they haven’t worked hard all these years, it’s just been a long time since they did anything but think, talk and accrue points/miles.

The part about the executive and senior-level folks did two things:

I’m a dyed-in-the-wool, card-carrying, market-trusting capitalist. I begrudge no one’s earnings. I judge no company’s profits. I don’t believe economies never rebound. And I don’t believe humanity will be replaced — nor will its creative ability to earn a living be supplanted — by automation or AI-enabled robots.

But Nick’s comments made me think about the poor bastards who committed their lives to corporate bureaucracies, who — for all their prestige, perks, and power — became dependent on those very bureaucracies for all three, and who may come to find the cherished field of the corporate hierarchy leveled. To whatever extent they may have been aware of their having become expectant monsters, that’s gotta hurt.

As I read and thought about Nick’s comments, feeling a wholly unexpected sympathy for the people about whom I was thinking, the bell from the past pealed more clearly: I recalled a piece I’d read in the June 1989 edition of Esquire. Written by the brilliant Stanley Bing (the nom de plum of Gil Schwartz), it’s called, “Where I’m At Right Now“. And it describes the very people who are now the executives and senior-level folks about whom Nick wrote and for whom I’m now sympathetic; although, I never imagined I would be.

When I got my mitts on Bing’s piece again after almost 30 years (thanks to the intervention of my patron saint at Esquire, who shall remain nameless lest his generosity cost him his job), I intended to dig out some gems, to excerpt some of the pertinent passages, my recall of which remained undimmed, even after three decades.

I couldn’t do it.

Every paragraph, every sentence, every word of “Where I’m At Right Now” is a bomb, armed in the past to detonate devastatingly in the present. But instead of a deafening — BOOM! — the piece’s pent-up energy releases in a kind of protracted sigh, a long exhalation of inevitability, stinging with the shrapnel of reality and salved with the satisfaction of karma realized.

Is Bing/Schwartz clairvoyant? Not likely. Rather, “Where I’m At Right Now” is a manifestation of the cyclical nature of everything, of the karmic wheel that turns with or without our awareness, heedless of the consequences we may choose to ignore, as genuinely blind as the idealistic figure of Sister Justice.

Where We’re At Right Now

The karmic wheel turned, even as I was re-reading “Where I’m At Right Now”, causing me to recall something I’d read more recently. In this piece from Melvin Freen (who may be the latest writerly incarnation of Gil Schwartz for all I know), Freen contemplates the end of the cycle Stanley Bing foreshadowed and Nick Sternberg fears. Writing to an imaginary CEO — or to all contemporary CEOs — Freen writes this:

You and your peers, the last of the company men, already on the boat and knowing the consultants, the behaviorologists, and all of us who still serve here have missed it, will shake your heads in wonder — glad to be out, ahead of the game, and knowing you’ll never be asked what happened here.

Since there’s no getting off the karmic wheel, we may as well enjoy the ride. The view will never be favorable to all of us, all at the same time. But remember: One man’s darkness is another man’s light.

As you imagine your light, be careful what you wish for.