The HIPPO in the Room 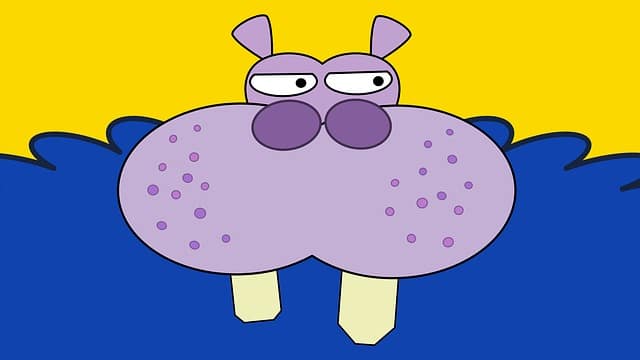 Trying to get through a recent post of nearly 4,000 words, which turned out to be an infomercial for an equally windy 124-page report from Deloitte, put me in mind of this passage from Alice’s Restaurant, since the post contains …

… twenty seven eight-by-ten color glossy photographs with circles and arrows and a paragraph on the back of each one explaining what each one was to be used as evidence against us.

After erecting a wind screen, analyzing the text with my Secret Decoder Ring, and running the tome through Bletchley Park’s famous Enigma Code Breaker, I was finally able to distill this essence from the excruciatingly cryptic gibberish:

One way to think about this is that you, as an organization, need a HIPRO program (high potential professional) to match your HIPO [high potential person] program.

This disarmed me a tad, since I’d never thought of myself as an organization before. But since I’m nothing if not syntactically adaptable, I went with it. Once I realized I actually am an organization, I then realized I already had a HIPRO program to match my HIPO program.

But the next realization really took me aback: Once I’d created a HIPRO to go with my HIPO, I’d unwittingly created a HIPPO (Highly Peter Principled Organization). The alarming upshot was that I, as an organization — in addition to having to juggle the multiple personalities within my organizational self — had spawned an environment in which my HIPOs and HIPROs ultimately and inevitably became unqualified, underperforming ungulates.

To add insult to injury, according to the National Research Council (NRC), most people, as organizations, are deliberately hiring HIPPOs to avoid the cost (and inefficiently interim steps) of trying to create HIPROS and HIPOS. And they’re doing it because nobody really cares (NRC). In fact, most people who are organizations (like me, apparently) are hiring HIPPOs out of the gate because, given the levels of homogenization and uniformity now in vogue in business and society, we’ve reached the point at which there is no reliable creativity (NRC). So, what’s the point of trying to find it when you, as an organization, can go straight for numb, routinized conformity (NRC)?

And unless we get back to valuing individual creativity over allegiance to dogma — intellectual liberty over imposed orthodoxy — we, as organizations, will continue to get the mediocrity we deserve.

To paraphrase a famous expression: We have met the enemy, and he is us, as organizations.

—
Image by BORACETMARCEL, courtesy of pixabay.com.